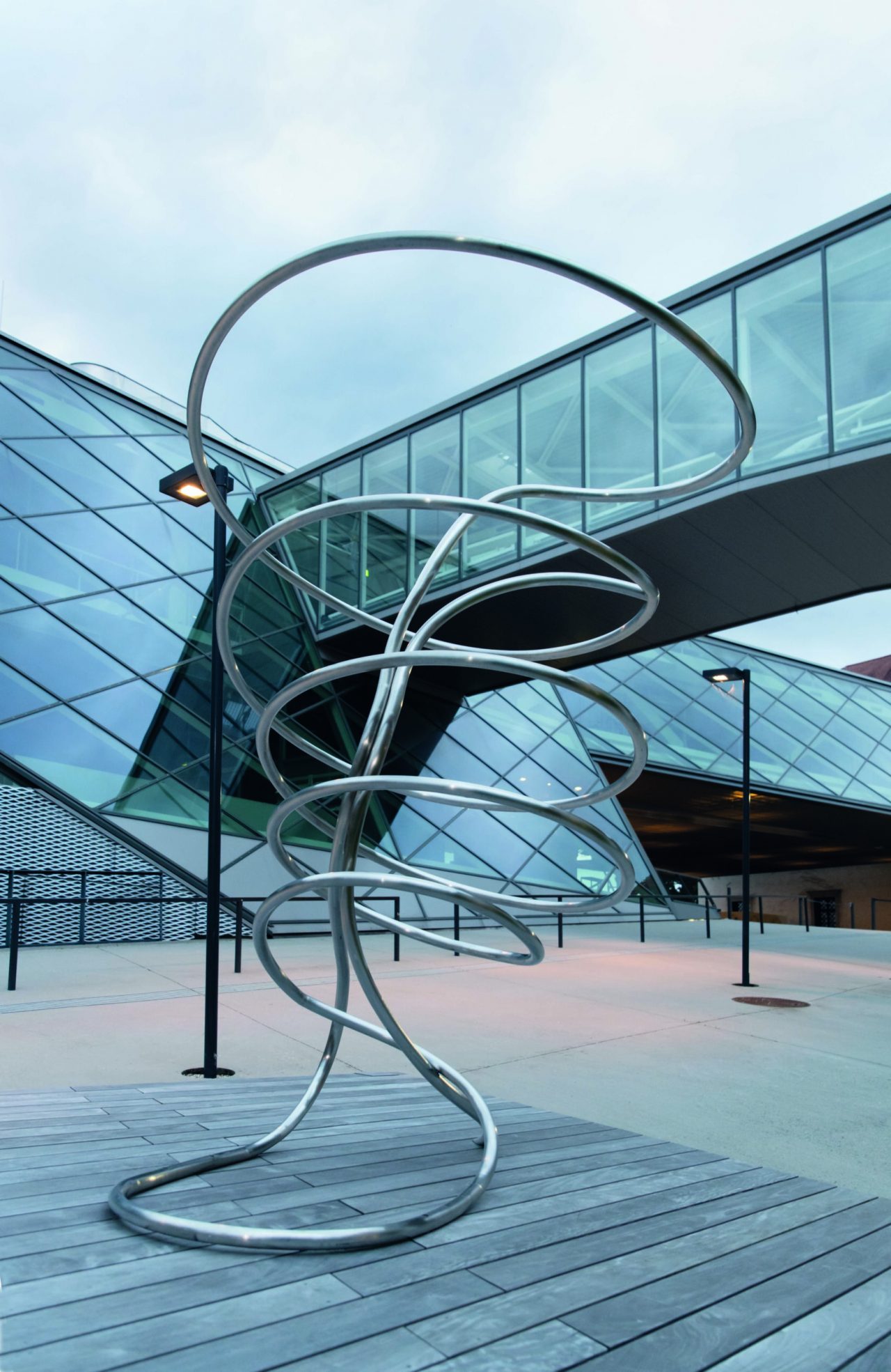 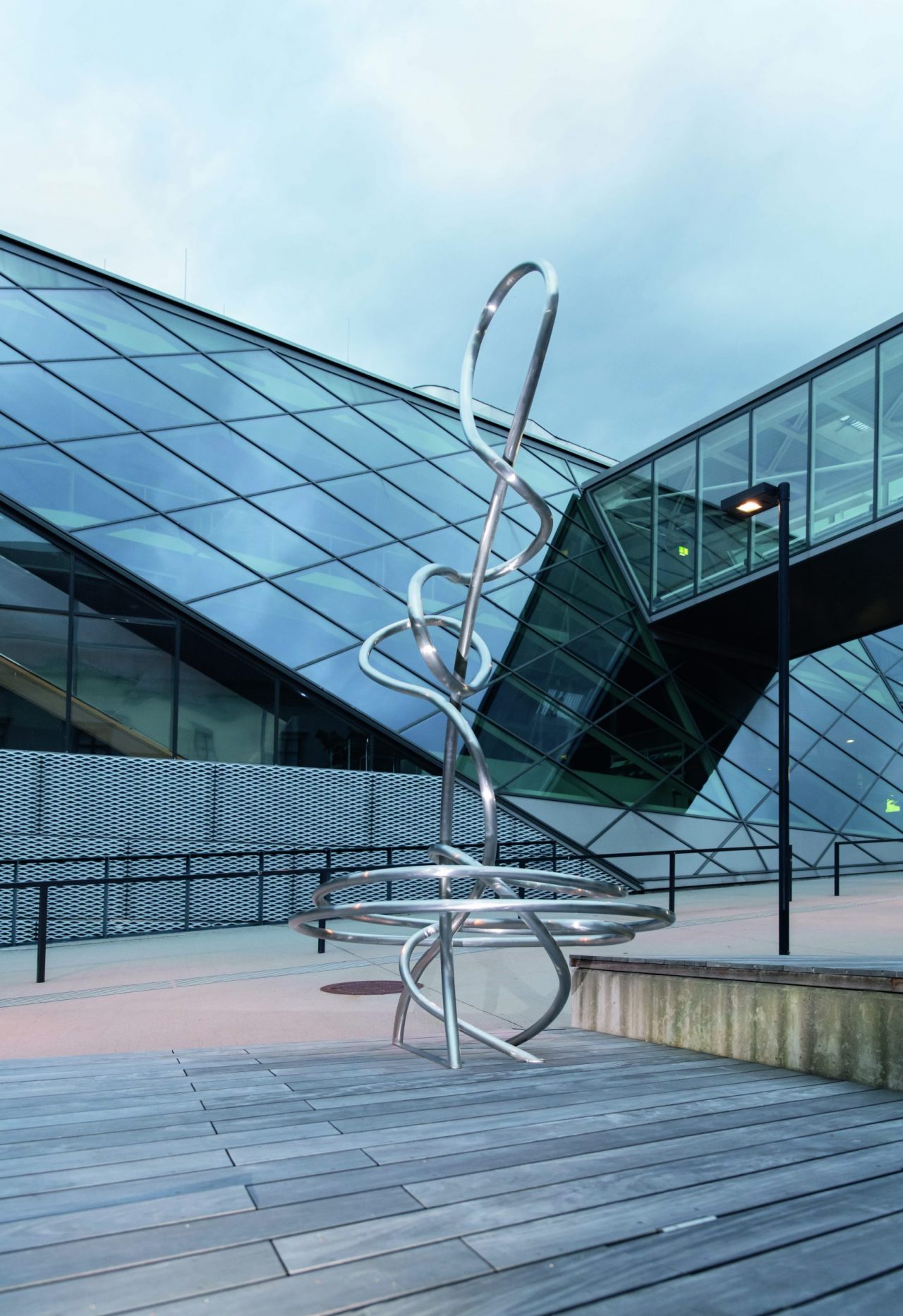 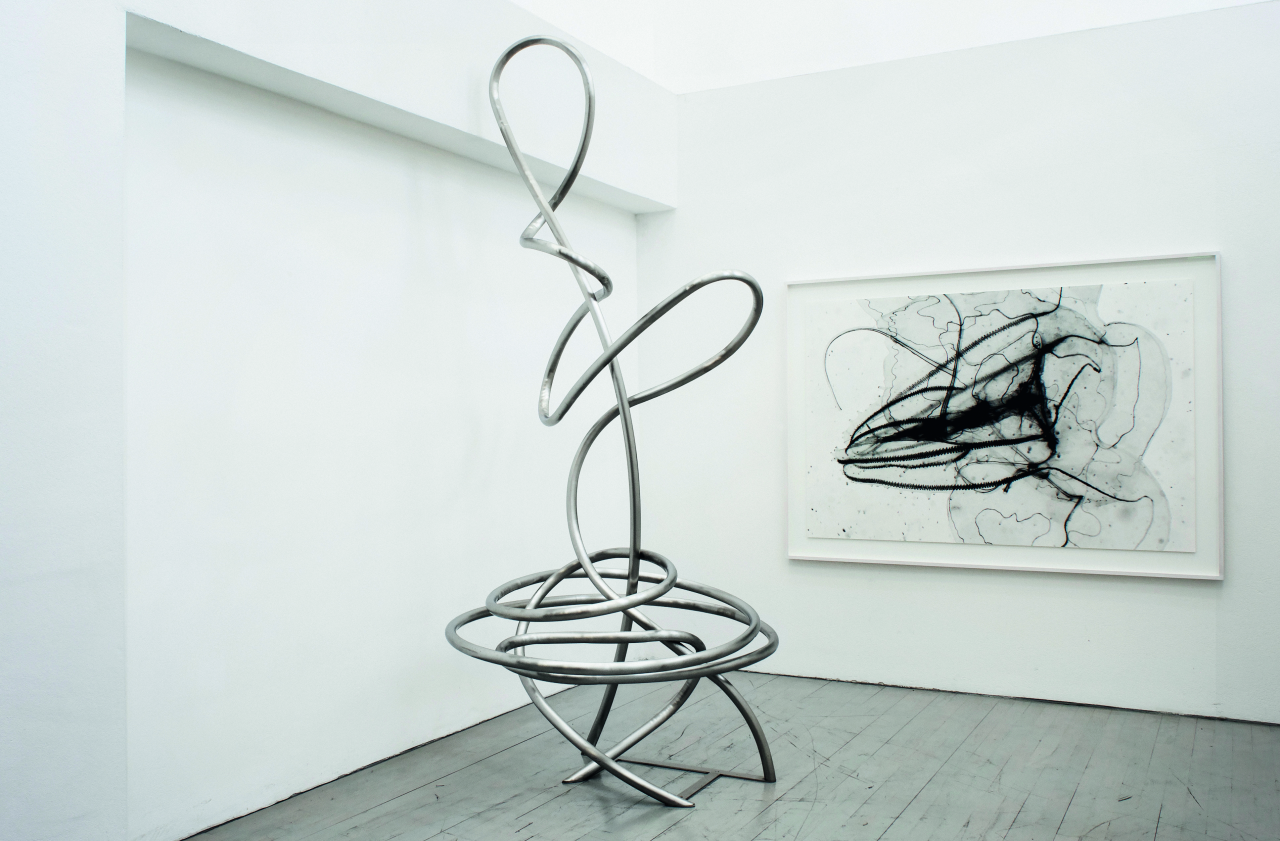 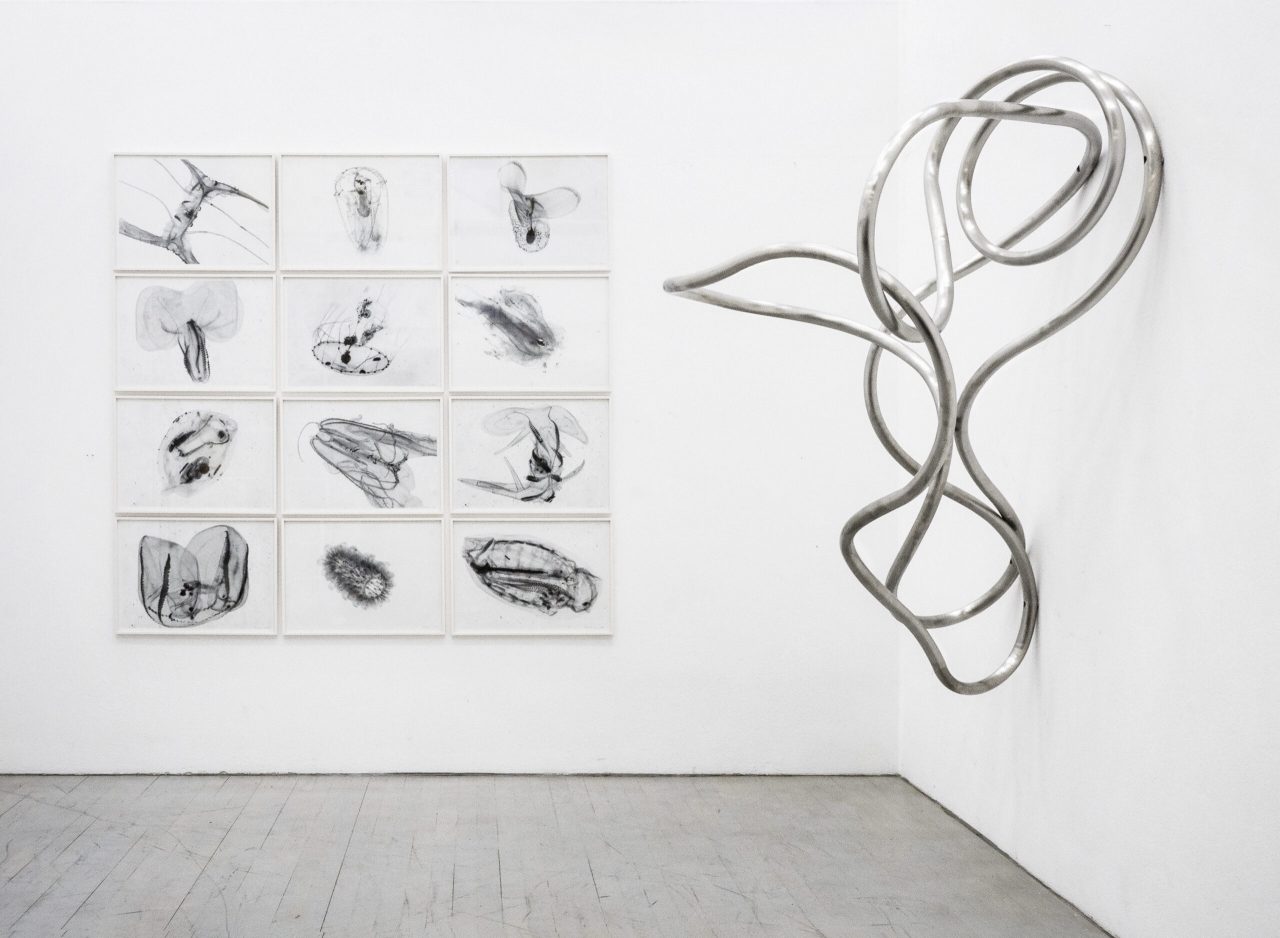 The sculptures of a group of works called Circulations thematize the cyclical movement of life, blood, and thought. They were inspired by the imposingly beautiful marble sculptures in the nave of Naples’ Sansevero chapel, and are in stark contrast to the horrific, eerie documentations of medical experiments undertaken for the sake of study of the circulatory system, which are on display within the vestry. Wakolbinger’s figures from wrung and erected steel tubes seem like lines that hover in their pulsating, dance-like movements, at the same time looking as though they were running through circular motions.  Their rigid oscillation inspires thought processes and finds resonance within our bodies, growing all the more sensible on the inside the longer one follows their contours. (Mona Horncastle)