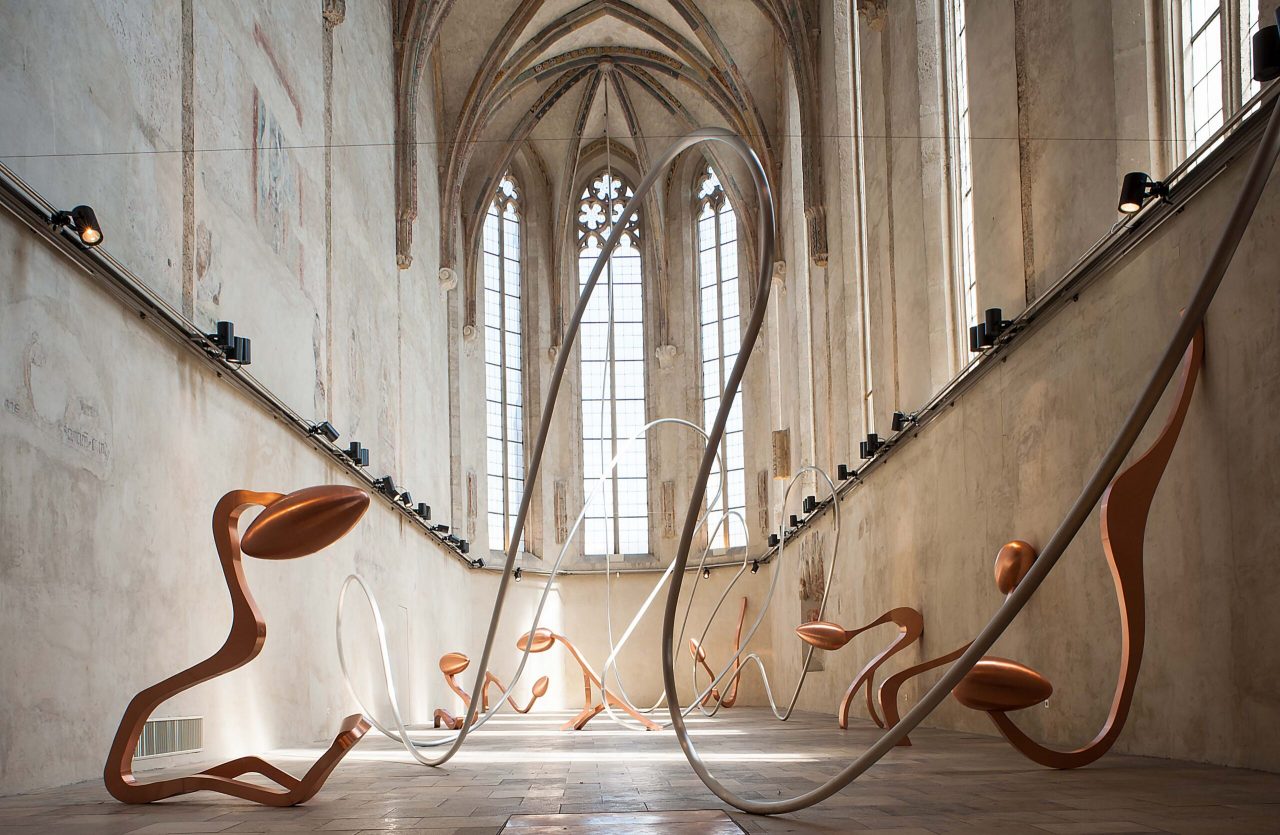 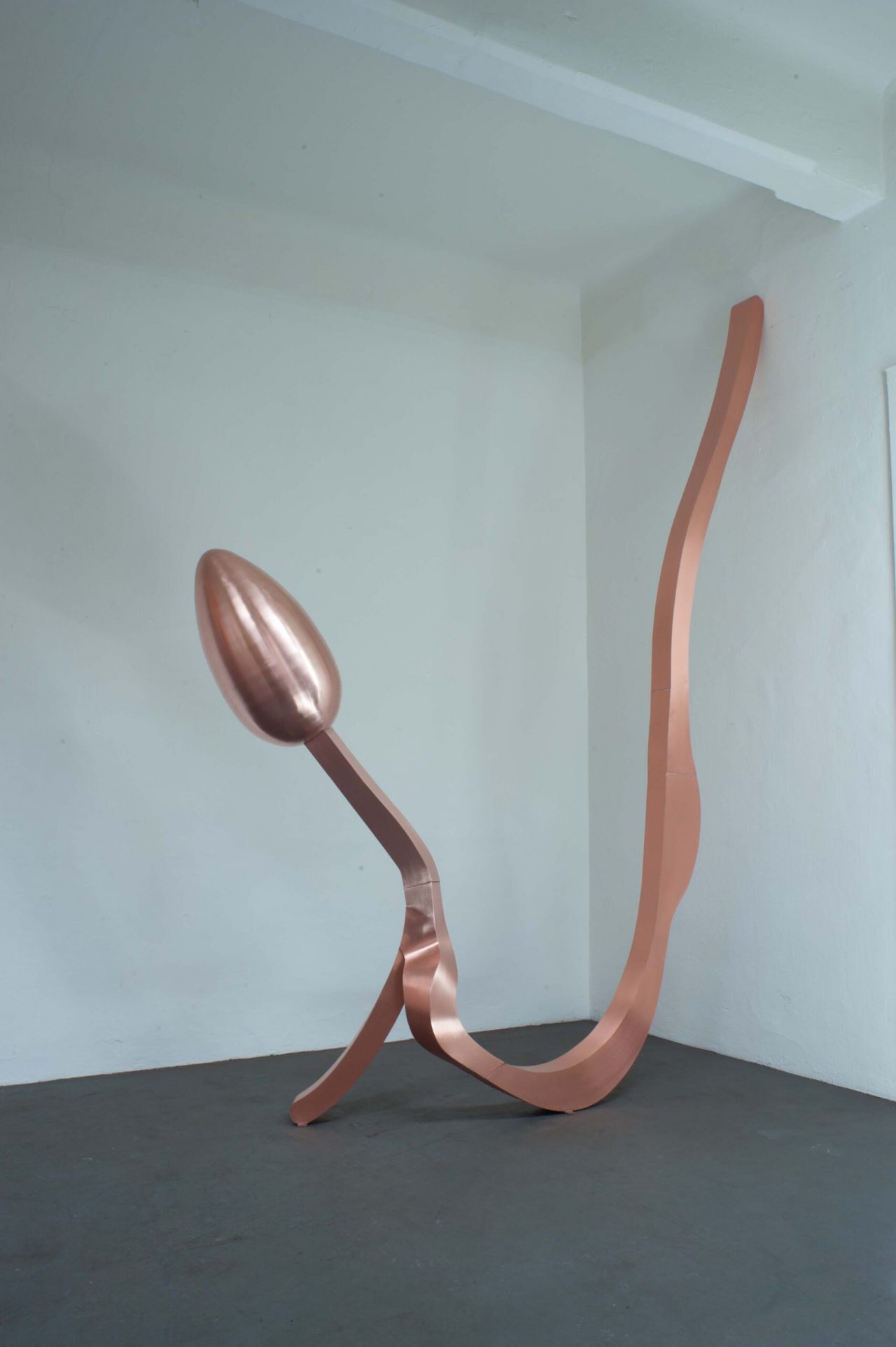 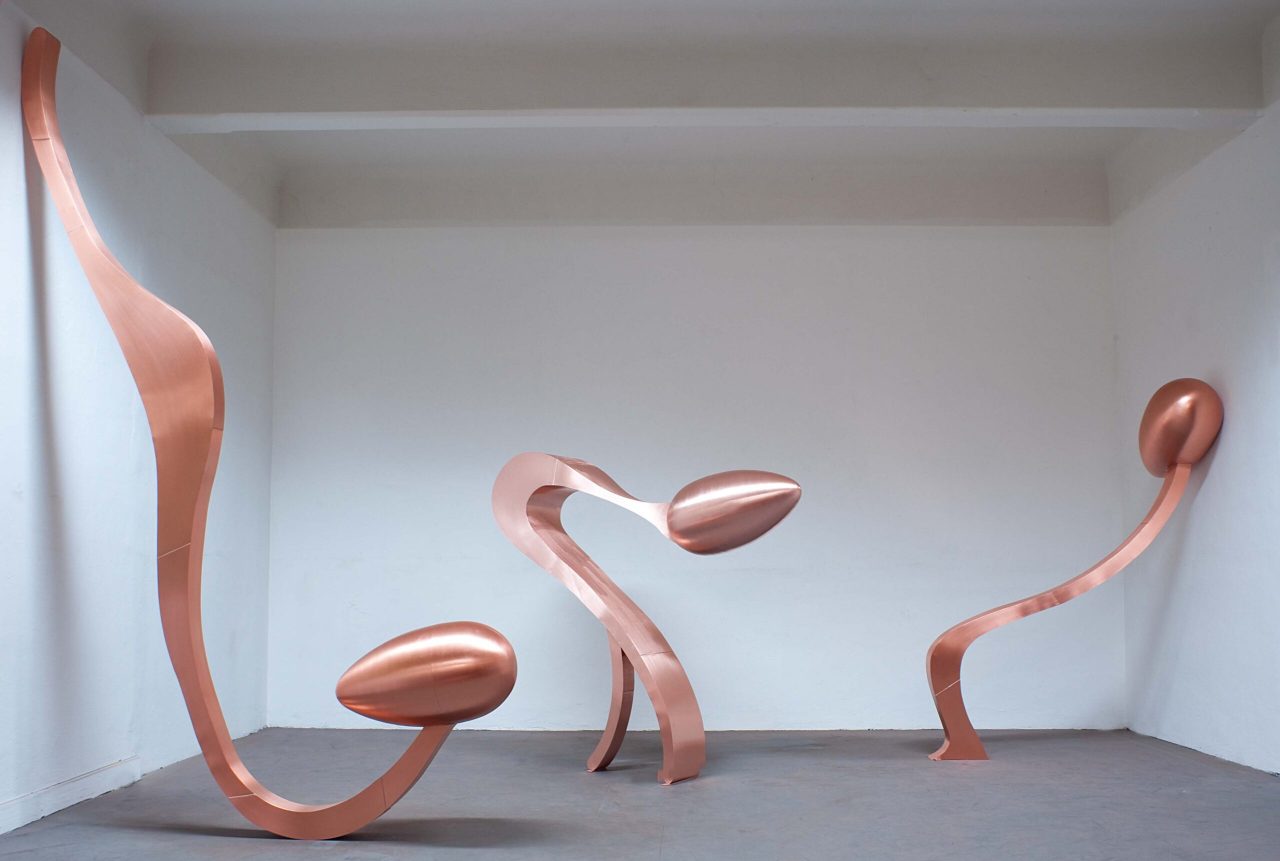 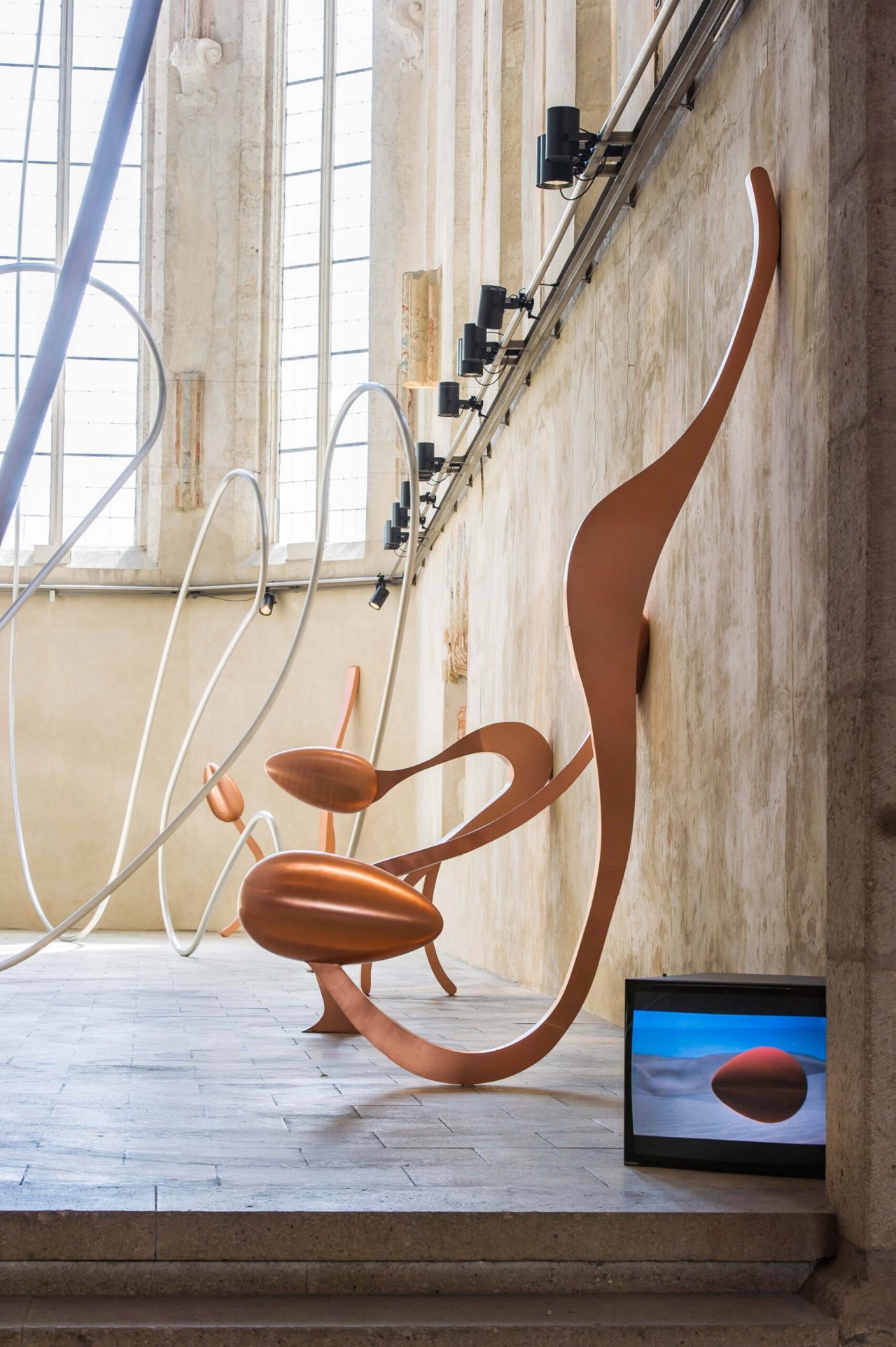 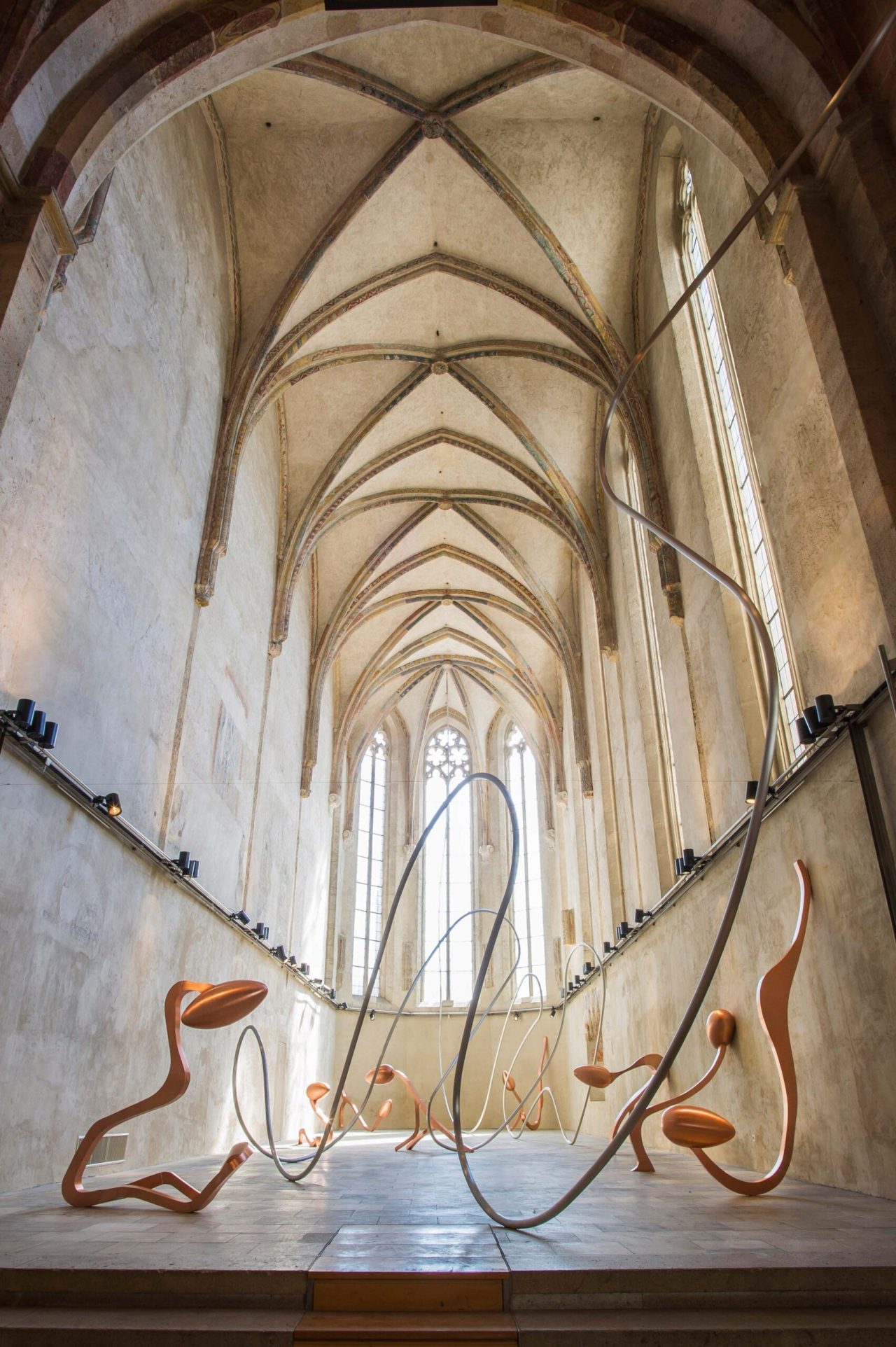 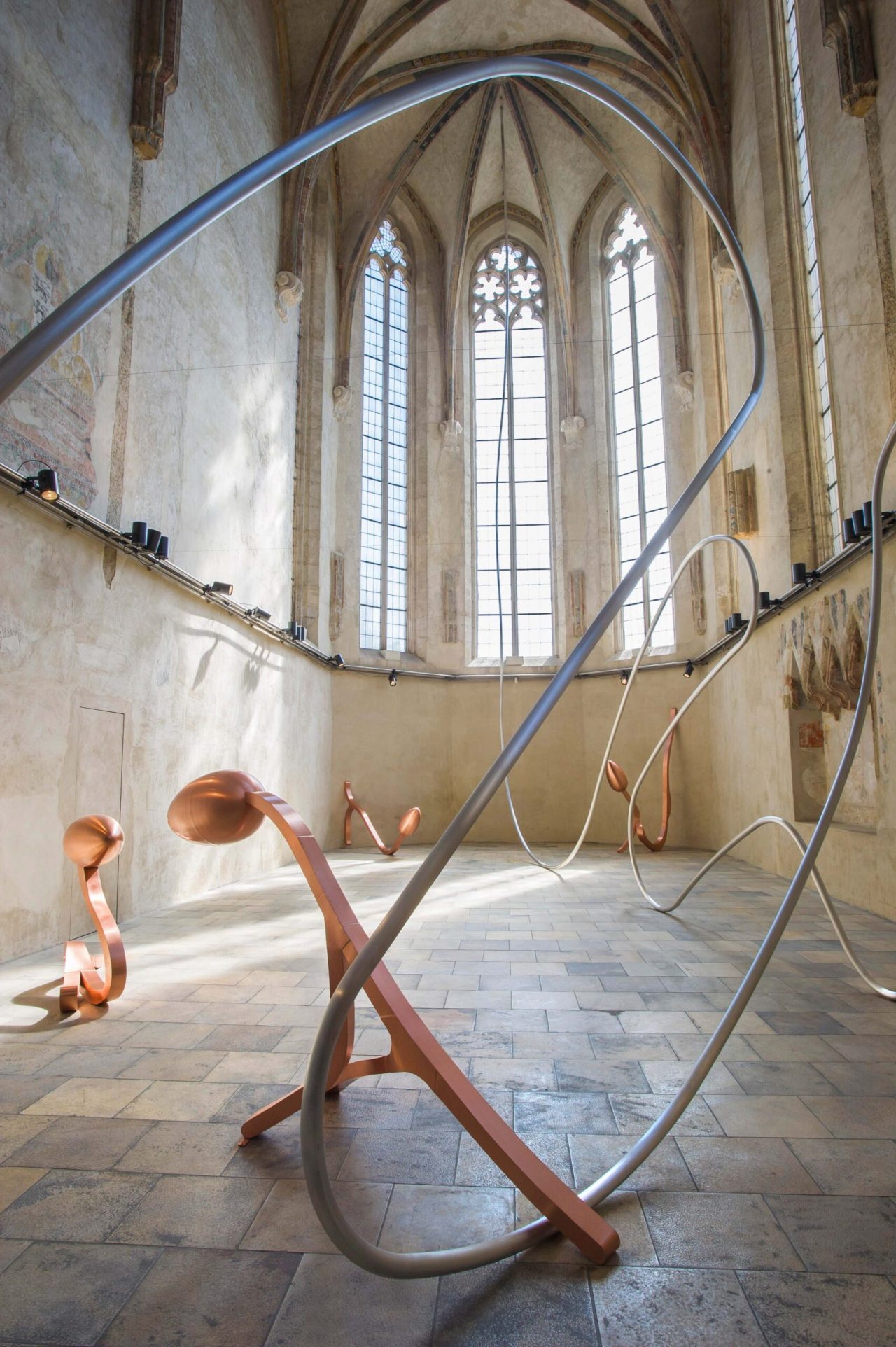 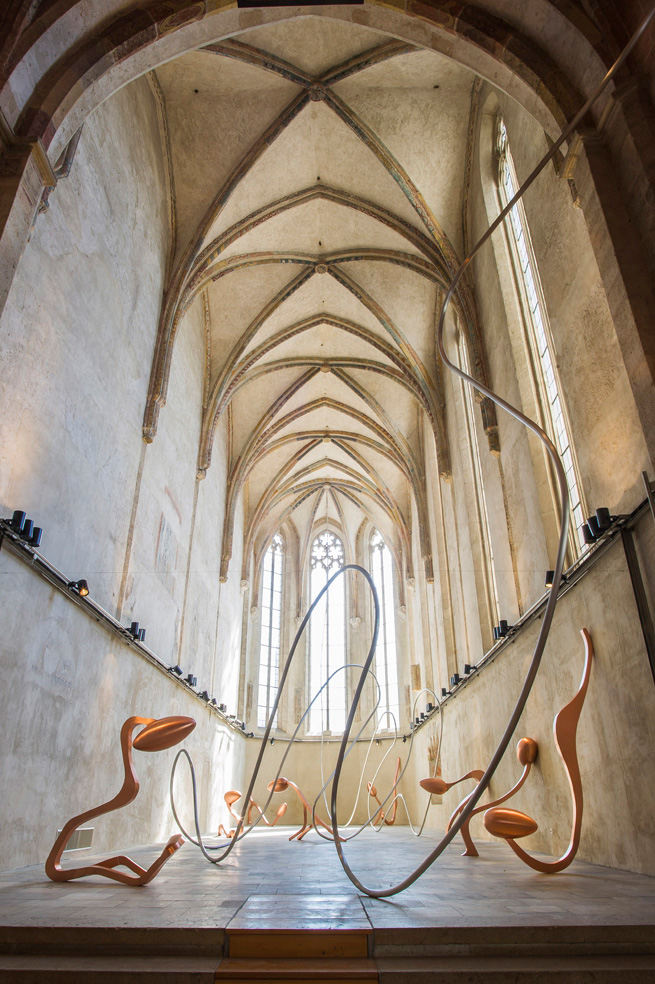 The origin of the world is a force that manifests as an egg-shape in Manfred Wakolbingers work. His source of inspiration for this group of works was the Indian myth around immortal divine birds who strive higher in their flight than the highest peaks of the Himalayas, free from earthly limitations, free from hunger, thirst, tiredness, and gravity, and drawing their circles into all of eternity. The only threat these air creatures are exposed to lies within the beginning of their being when they, being born in the air, fall towards Earth inside the egg. If they hatch in midair, they take their ascension up again, yet if their shells smash on the ground, the divine fledglings come out with lame wings and are condemned to walking on their legs as earthly creatures instead of swinging themselves into the luminous widths of the open sky with flapping wings. These “fallen divinities” halo their deficiency by confirming to each other that walking upright is the most supreme kind of locomotion— and yet they cannot deny in their core that they are air animals trapped on Earth. For Wakolbinger, this story contains the universal essence of mental powers and emotional insecurities. In Forces, it meets different renditions: It floats through digital fantasy worlds in egg-shape, swims like copper tadpoles or sperm through space, and draws its stainless steel trajectory into the air. (Mona Horncastle)